Many people don't know the origin of the Illuminati, or what it really is. Many people who have actually heard of it do not actually know the whole thing about it. Most people think it is just a group that Jay- Z's part of due to false information contributed by blogs or websites. The Illuminati is actually a group that was formed many, many, many years ago that points to an organization that many people believe control this country and its corporations (ex. Music Industry, Media, Government, etc.) It also refers to the establishment of the "New World Order" a phrase you have probably heard various presidents say durring speaches. This theory also stretches to Freemasonry and people who are claimed to be a part of the Illuminati include, David Rockefeller, the Bush family, Winston Churchill, Barack Obama, etc. One of the most recognized signs representing the Illuminati is the All-Seeing Eye AKA the Eye of Horus. This is pictured on the back of the dollar bill. You will also see the phrase for New World Order. Also, when a star is drawn to seperate they eye from the rest of the pyrimid, the star points land on five letters which spell "Mason"

So now I am going to share some of my findings about celebrities who are in the music industry who could be associated with the Illuminati. 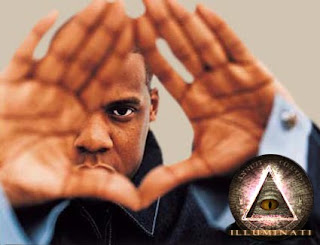 We've all seen Jay- Z along with many other celebrites make this sign. This is they Eye in the Pyrimid sign. It looks a lot like the Illuminati symbol that you will see in the lower right- hand corner of the image. Jay- Z. In the song "Umbrella" by Rihanna ft. Jay- Z, in the begining of the song Jay- Z says "Rain Man is back" who exactly is rain man. According to information I have found, Rain Man is the devil. Various artists have used the term "Rain Man" and we will talk about Rain Man on the next blog. Also, In the song "Umbrella" Jay- Z says "Rockafella" which is vary similar to Rockefeller, as in David Rockefeller a claimed member of Bthe Illuminati. Which is also similar to his clothing line Rocawear. Also many of the lyrics in Jay- Z's songs can be related to the Illuminati. Listen to a song, with an open mind about the Illuminati, and peice things together, you'll see what I'm talking about. 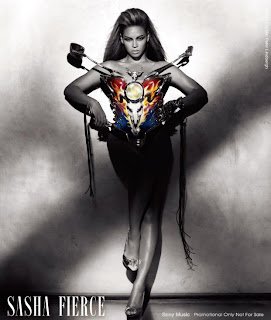 
Well, thanxx for reading my blog!

On my next blog about the Illuminati I will be discussing: Rain Man, Eminem, and the 2009 VMA awards.

T!ffany Trujillo
My name is T!ffany. I love music alot! I love going to concerts and hanging out with my friends, I love to sing and dance.